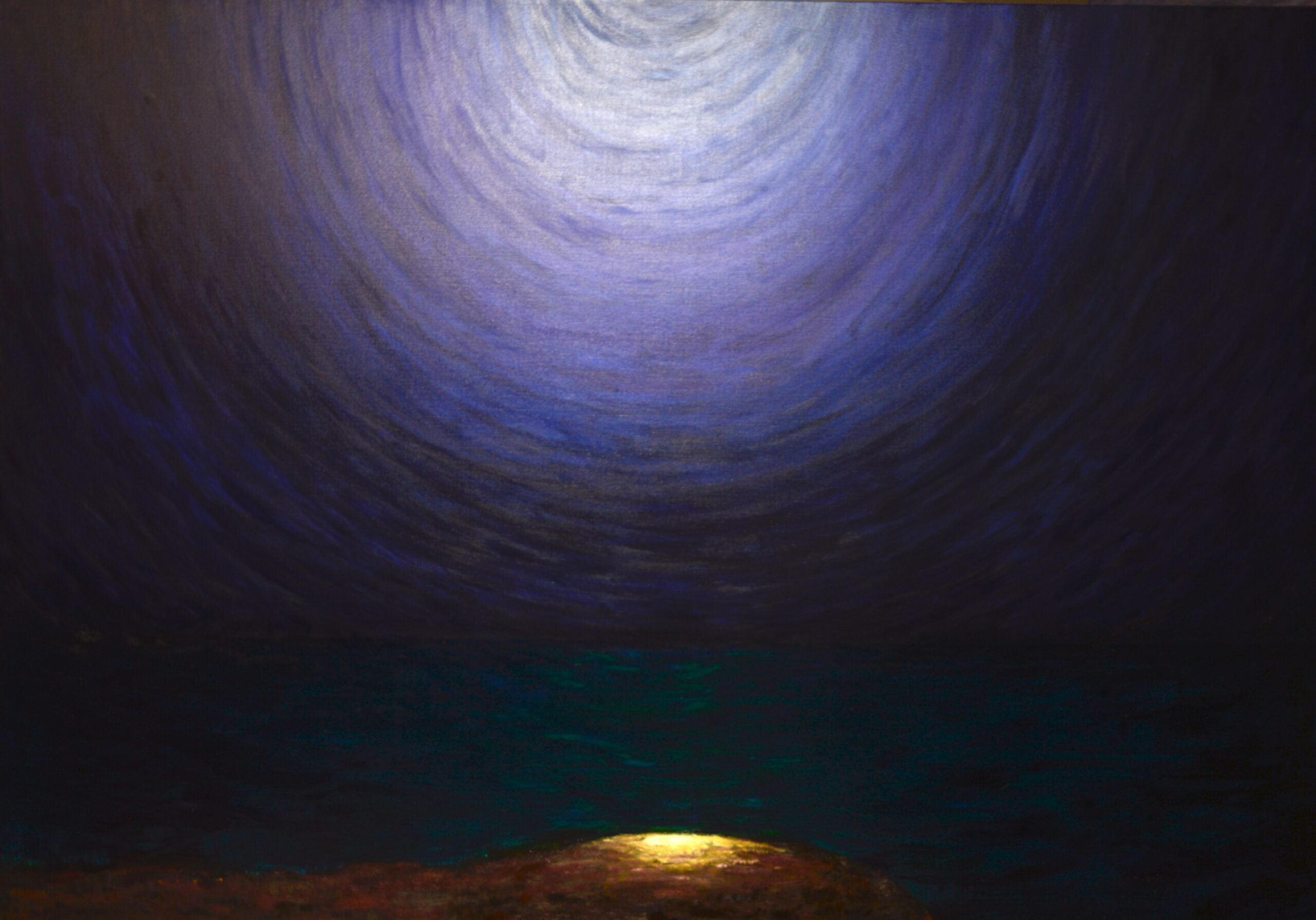 The work is a symbolic modern interpretation inspired by a passage of the Bible. The work is also referring to Caspar David Friedrich’s ‘Monk by the Sea’ (1808 – 1810).

Revelation 1.7 Behold, He is coming with clouds, and every eye will see Him, even they who pierced Him. And all the tribes of the earth will mourn because of Him. Even so, Amen. 8 “I am the Alpha and the Omega, the Beginning and the End,” says the Lord, “who is and who was and who is to come, the Almighty.”

Vision of the Son of Man

9 I, John, both your brother and companion in the tribulation and kingdom and patience of Jesus Christ, was on the island that is called Patmos for the word of God and for the testimony of Jesus Christ.

Revelation 10.8 Then the voice which I heard from heaven spoke to me again and said, “Go, take the little book which is open in the hand of the angel who stands on the sea and on the earth.” (New King James Version)