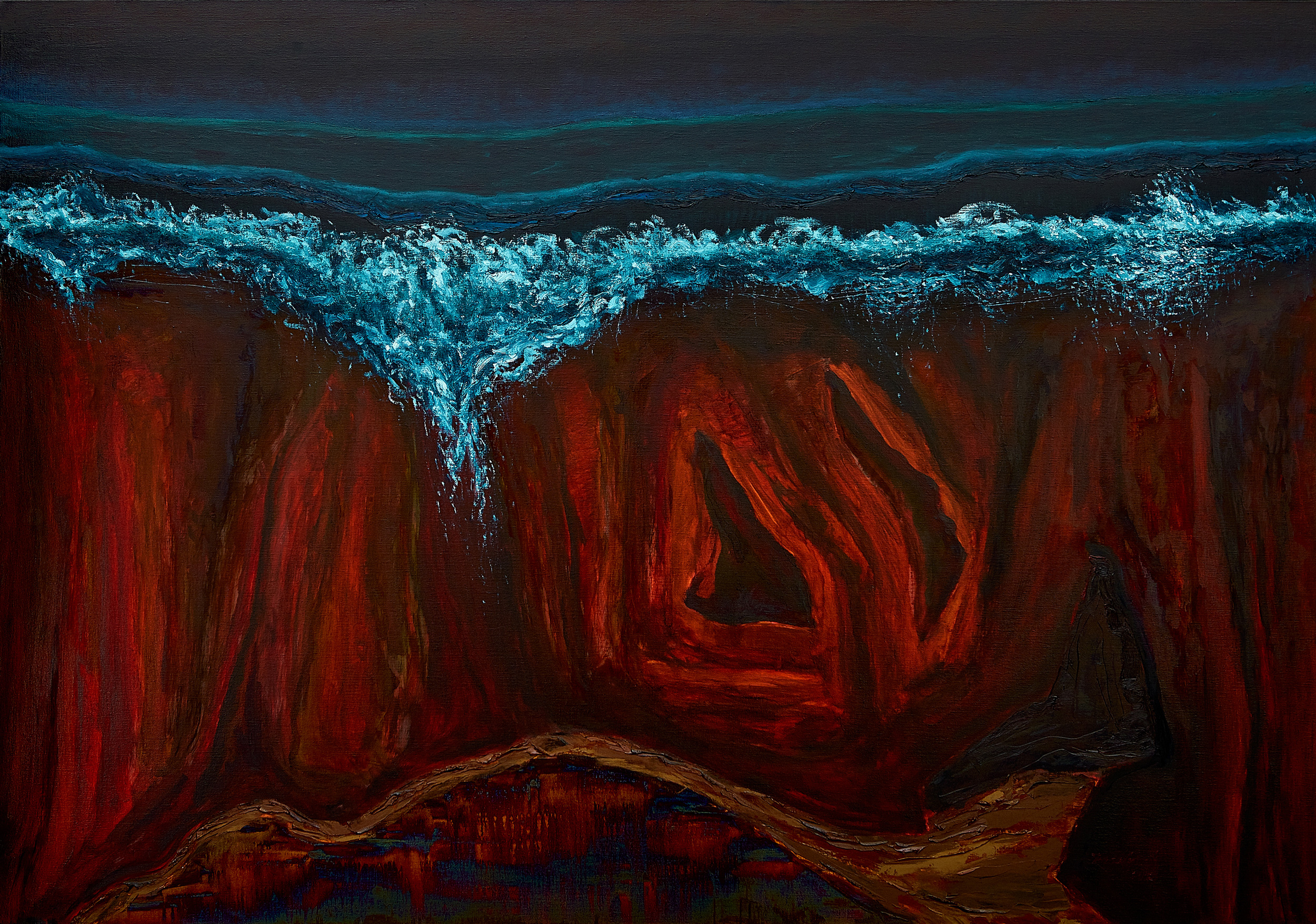 This work is inspired by the destructive power of the sea which also refers to certain passages of the Revelation in the Bible. The fragility of humanity and the world itself is a very actual discussion and confrontation. The work is also inspired and by ‘The Scream’ (1893) of Munch.

Revelation 6.12; I looked when He opened the sixth seal, and behold, there was a great earthquake; and the sun became black as sackcloth of hair, and the moon became like blood. 13 And the stars of heaven fell to the earth, as a fig tree drops its late figs when it is shaken by a mighty wind. 14 Then the sky receded as a scroll when it is rolled up, and every mountain and island was moved out of its place. 15 And the kings of the earth, the great men, the rich men, the commanders, the mighty men, every slave and every free man, hid themselves in the caves and in the rocks of the mountains, 16 and said to the mountains and rocks, “Fall on us and hide us from the face of Him who sits on the throne and from the wrath of the Lamb! 17 For the great day of His wrath has come, and who is able to stand?” (New King James Version)