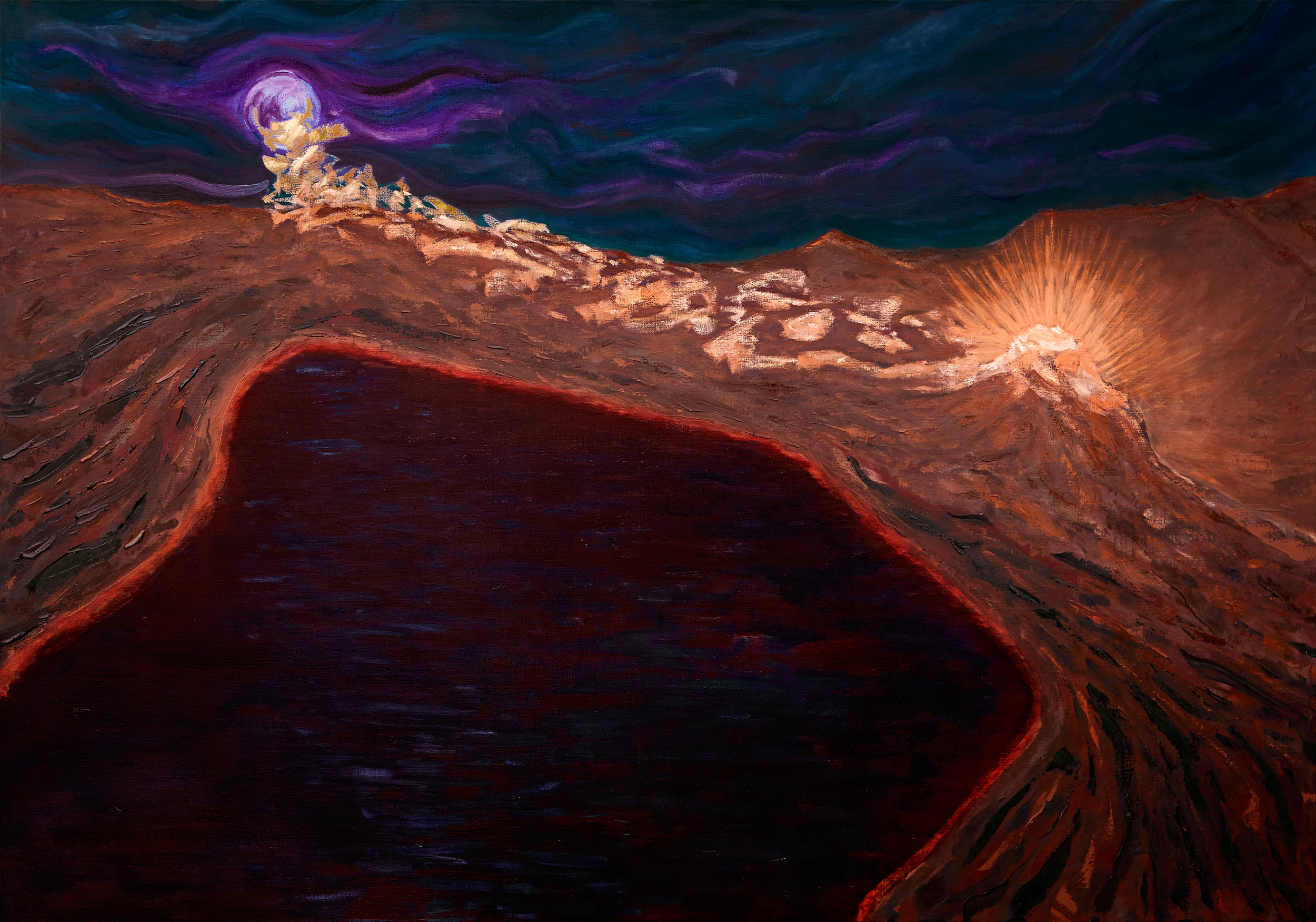 Jesus sitting on the mount of olives while the revelation of the second bowl is happening.

Revelation 16.3 Second Bowl: The Sea Turns to Blood 3 Then the second angel poured out his bowl on the sea, and it became blood as of a dead man; and every living creature in the sea died. (New King James Version)