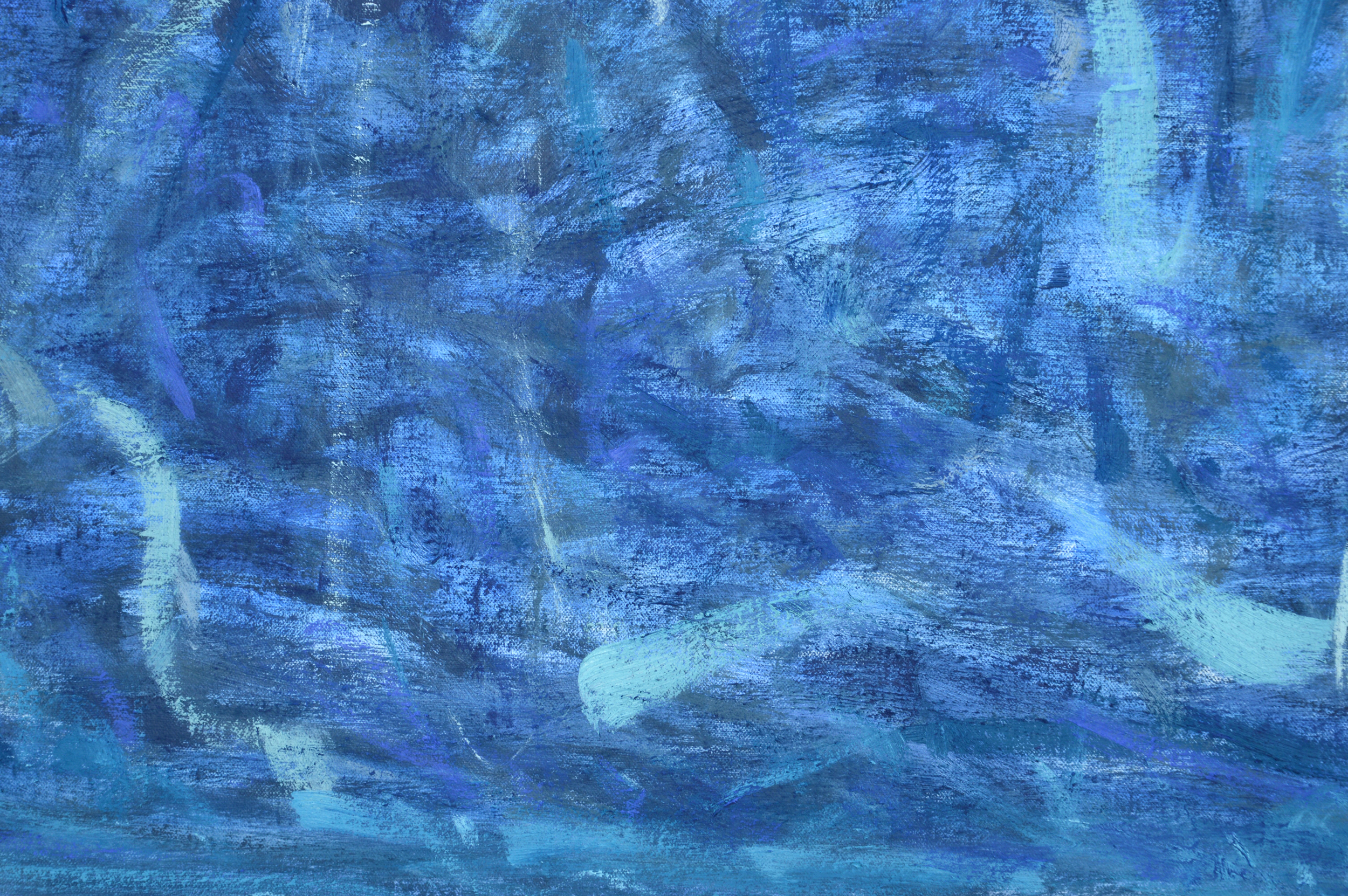 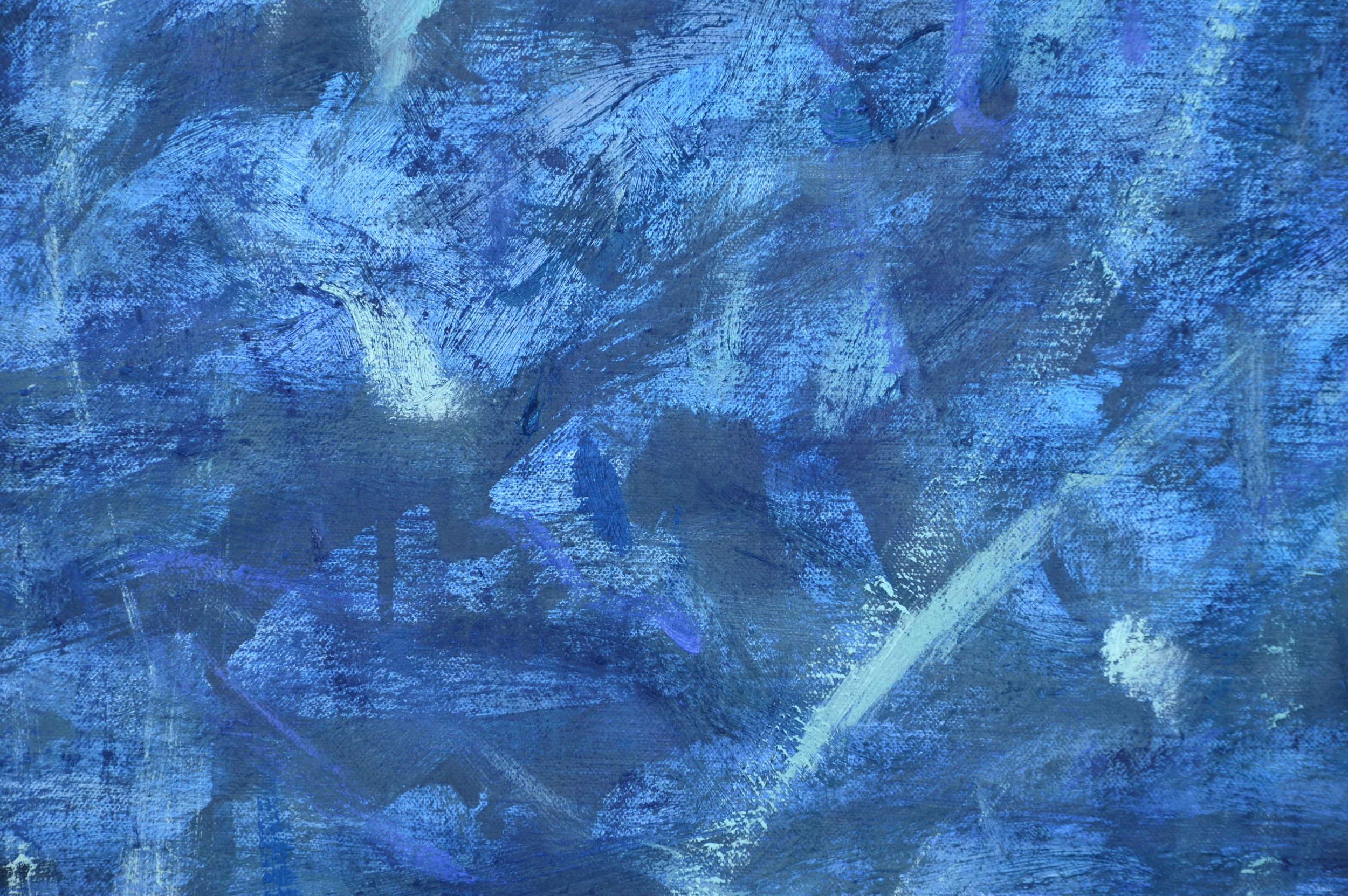 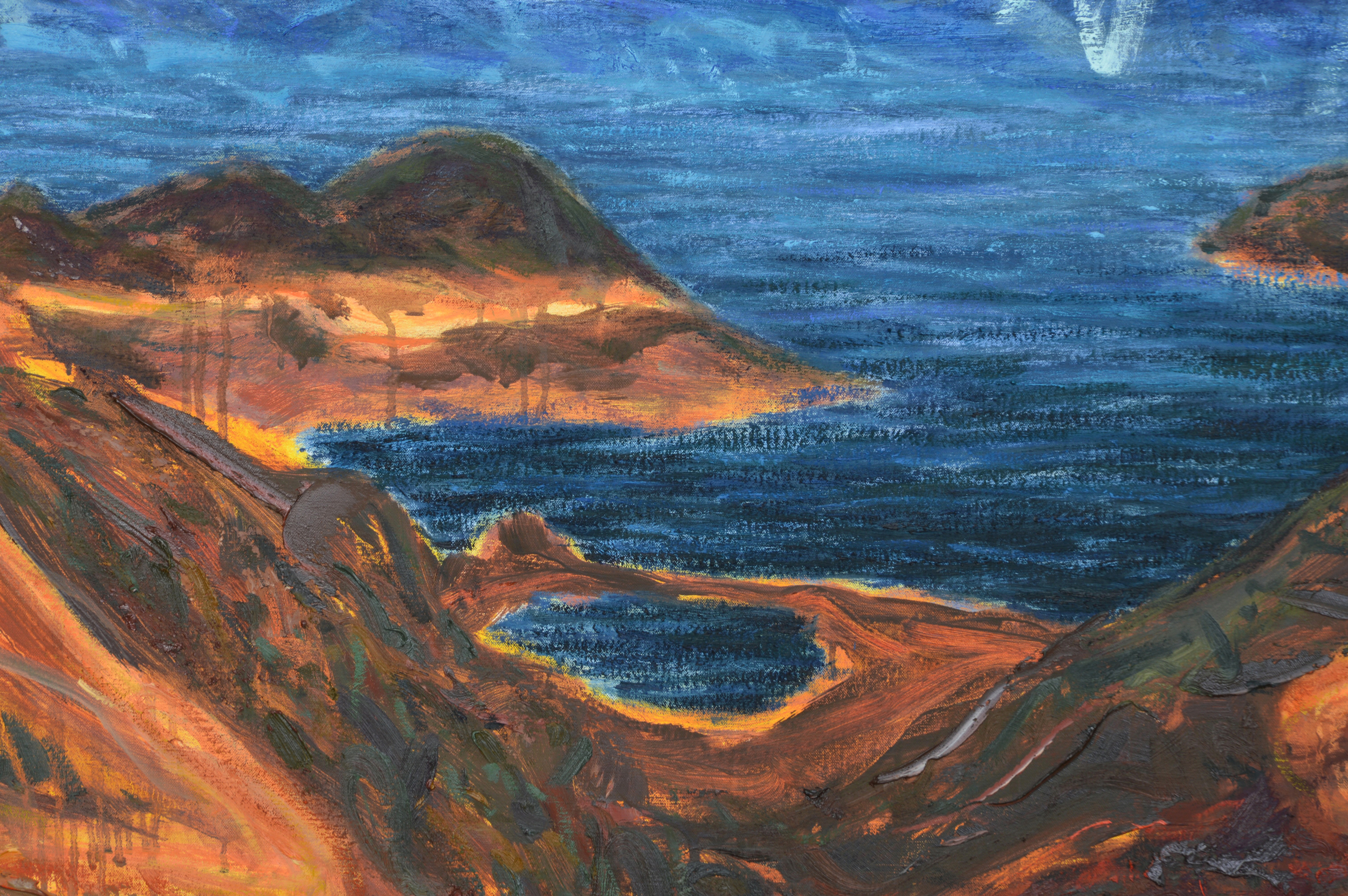 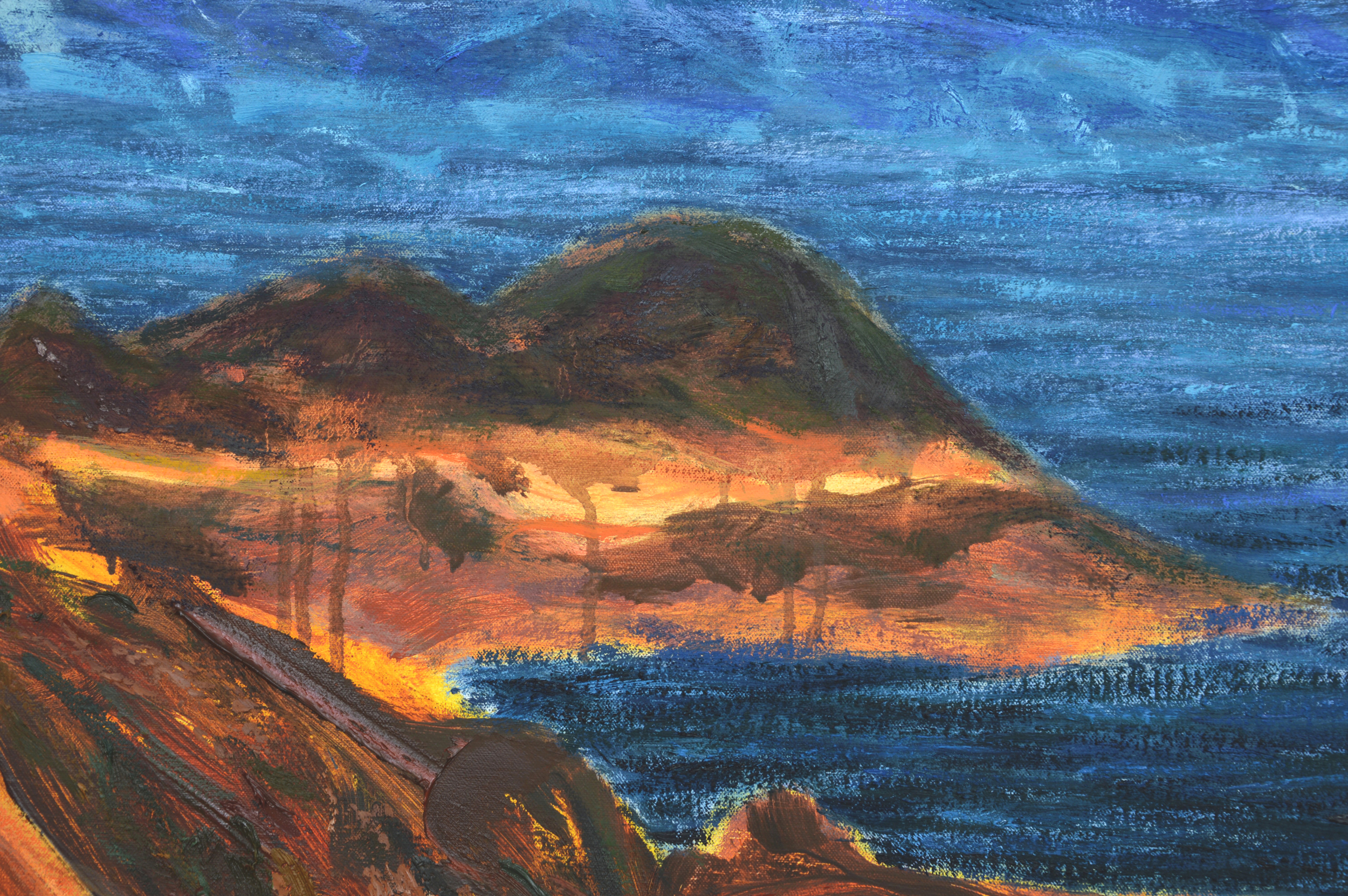 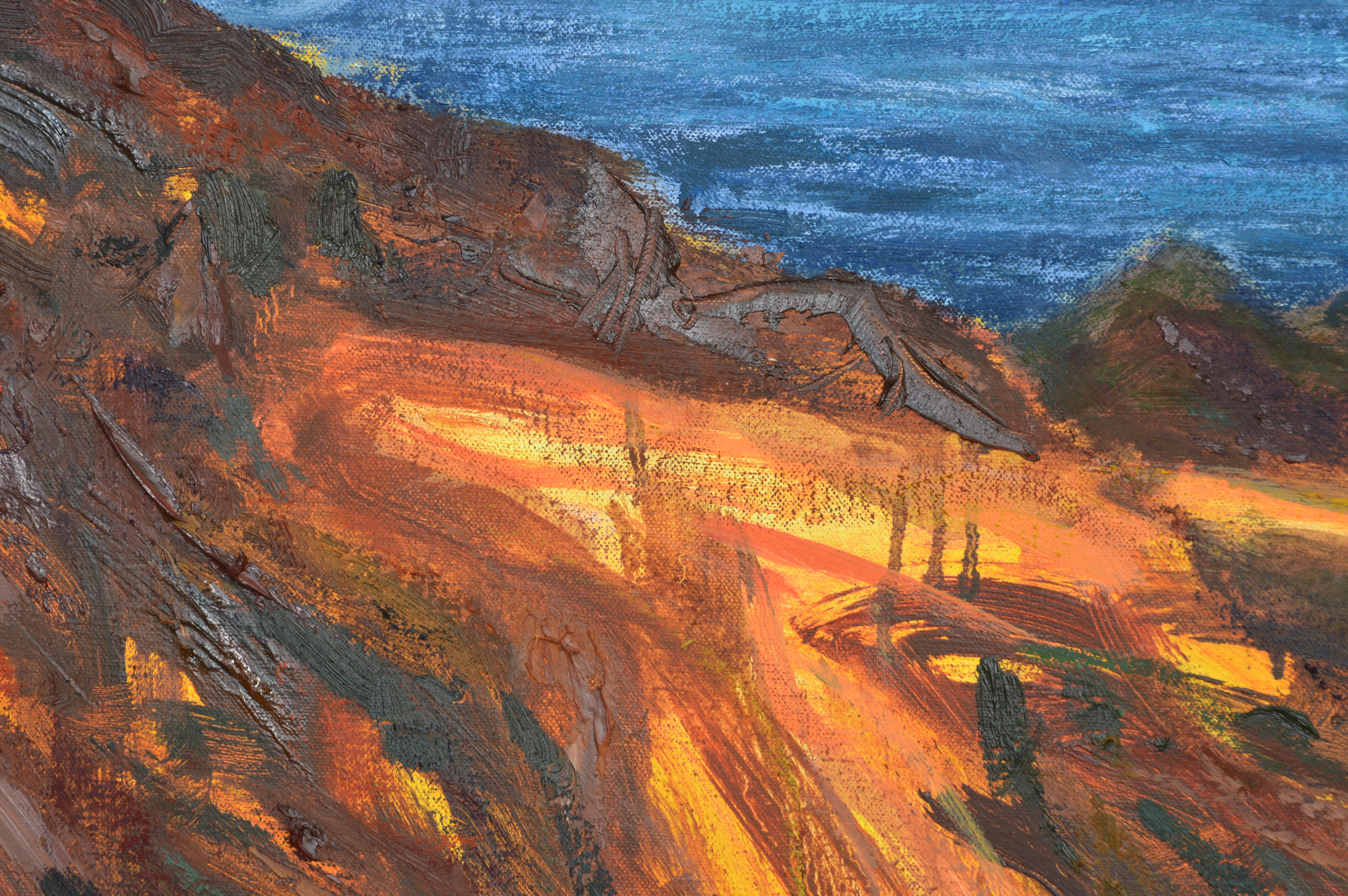 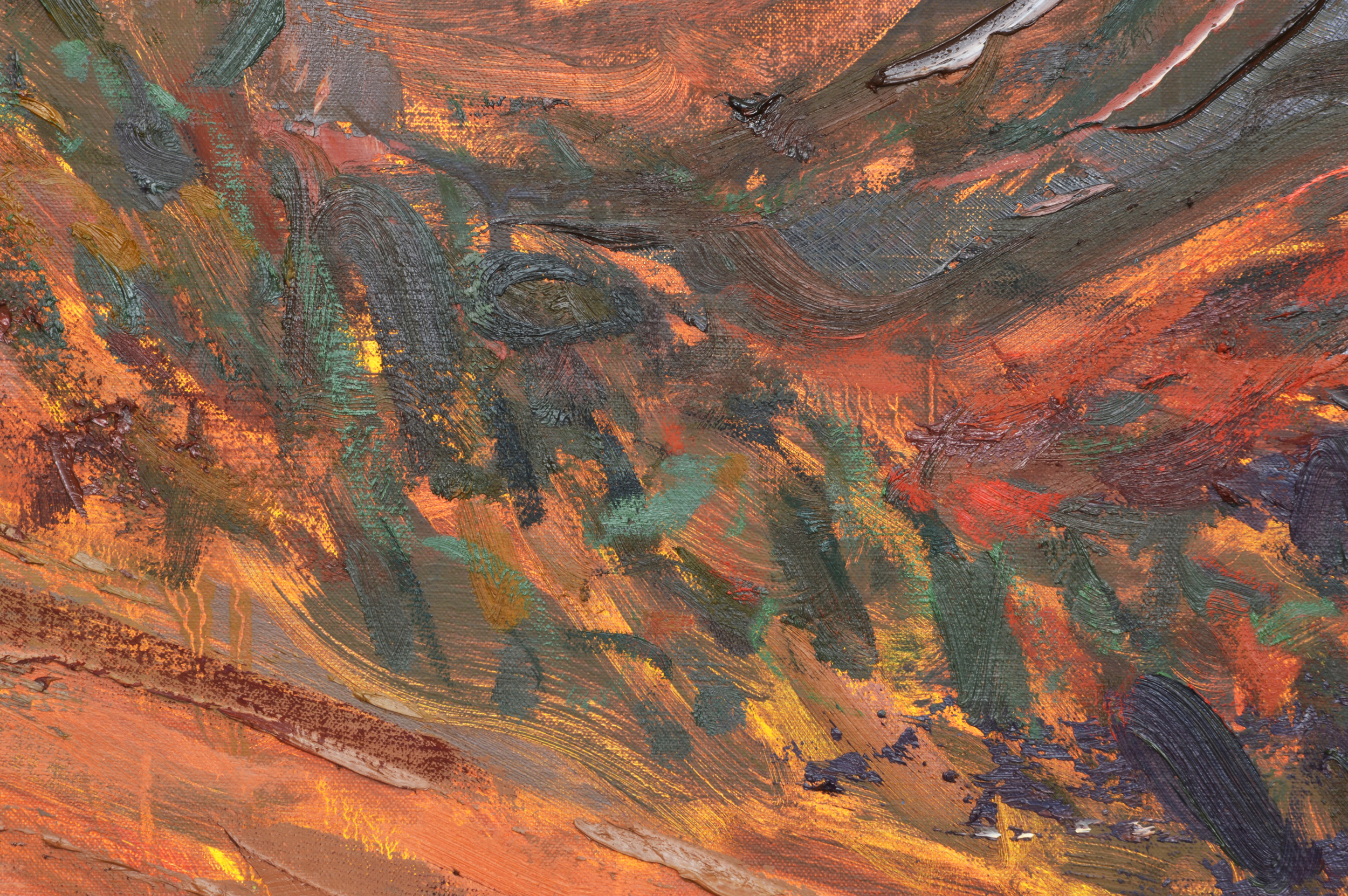 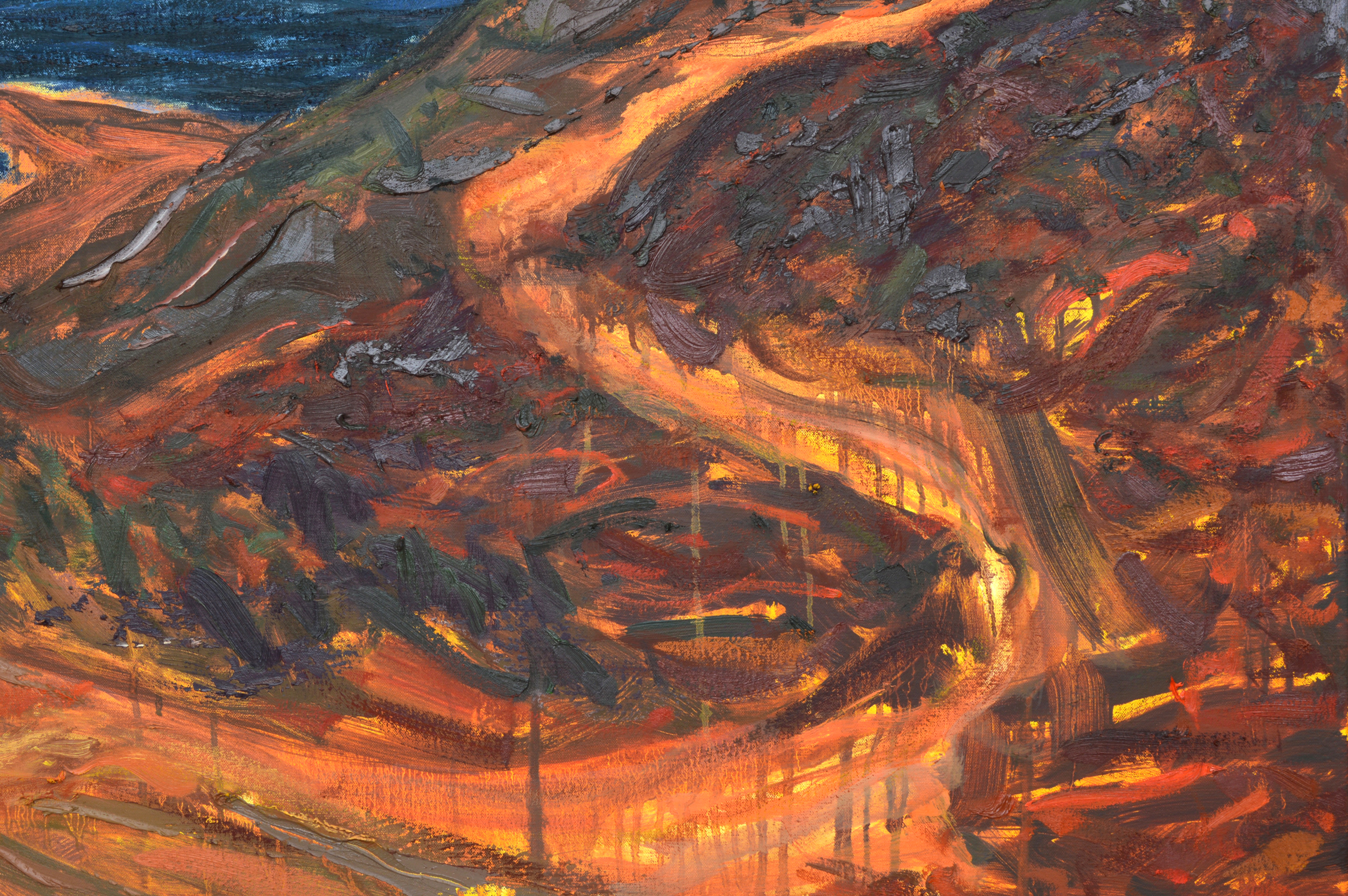 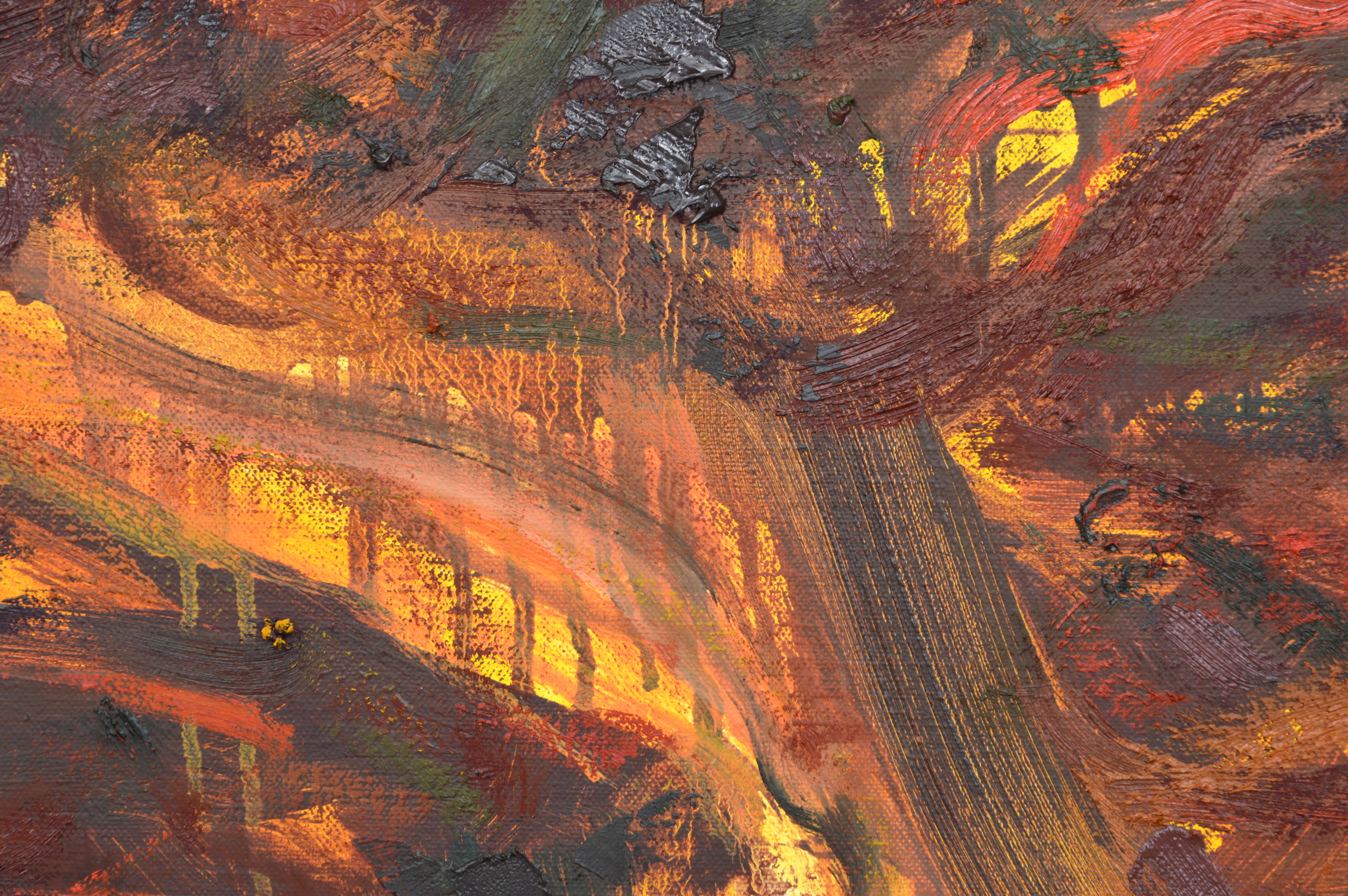 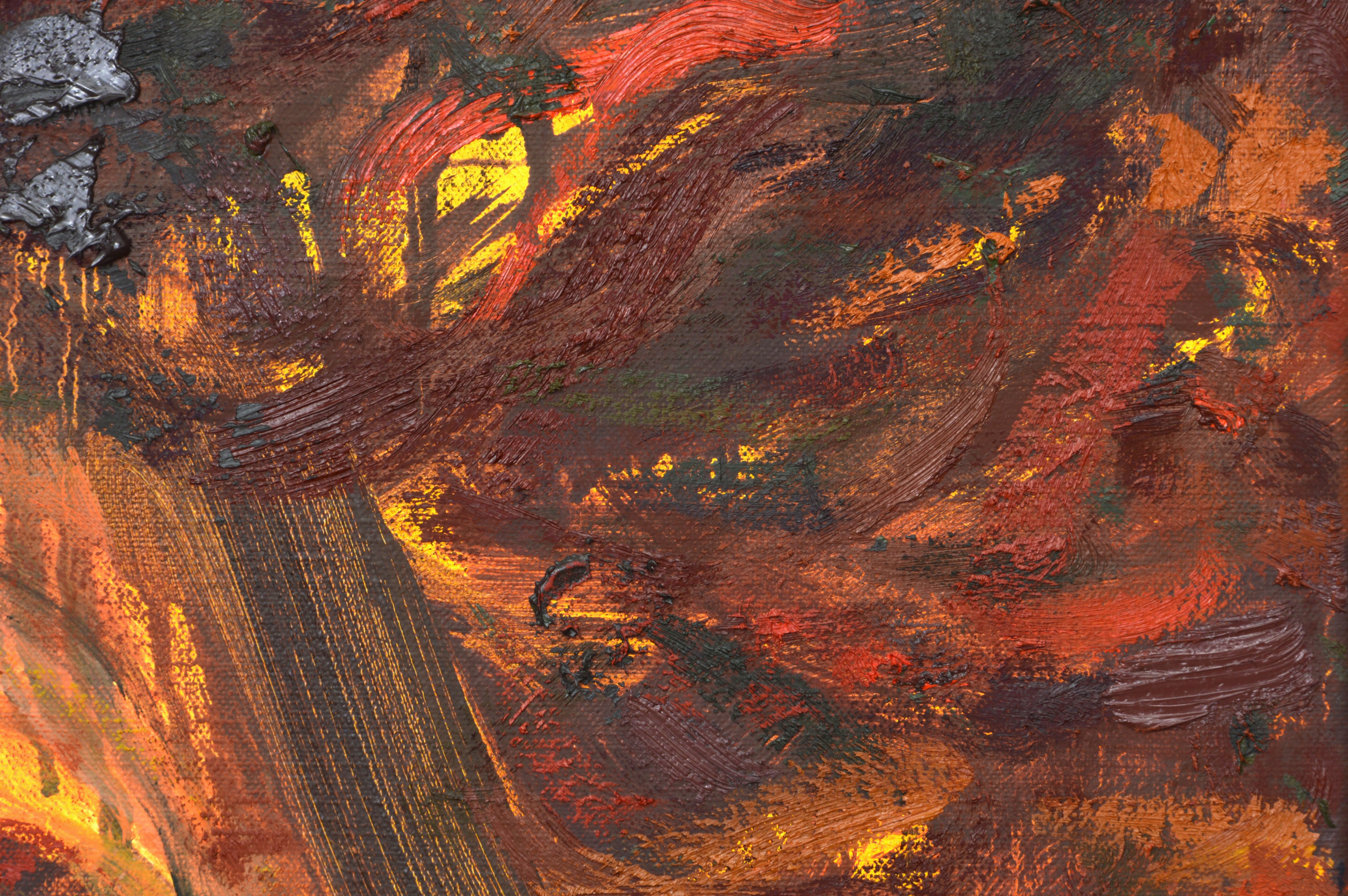 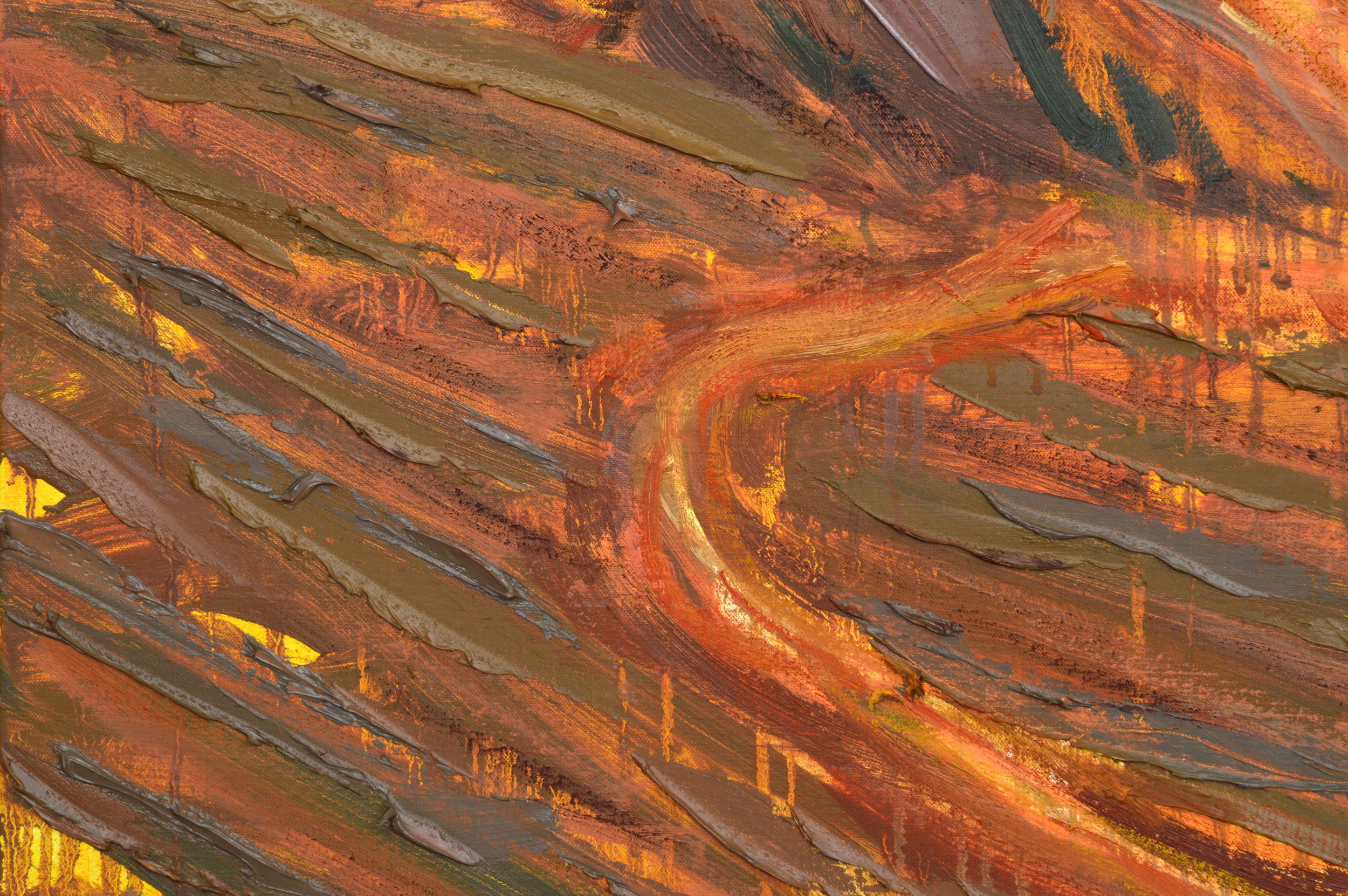 Signs of Angels Written in Light

This painting is inspired by the path of life, to try to grow as a person and to move closer towards the soul. Van de Graaf has also been inspired by the alchemists (as described in The Alchemist by Paulo Coelho) who are talking about the soul of the earth and about living your own legend.

Passage of ‘The Alchemist’ (Paulo Coelho);

“Because life wants you to live your own legend.”

“Where is the treasure?” he asked.

“To get there you have follow the signs. God has described everybody’s path which we should follow. It is only a matter of being able to read what He has described for you.”

The language of The Alchemy connects to the heart and soul, not to the mind.

Van de Graaf is very interested in and tries to be very much aware of these signs you get along the way to keep you going in the right direction. This connection is vital in his life.

Van de Graaf wrote a poem on the 7th of December 2021 inspired by the work (translated by the artist form the Dutch original);

Harbour the signs of the soul,

Listen to the roaring of the wind,

Which dances with the infinity of the waves,

And the simplicity of the sand.

Through mountains and valleys,

Chronicled in the Light. 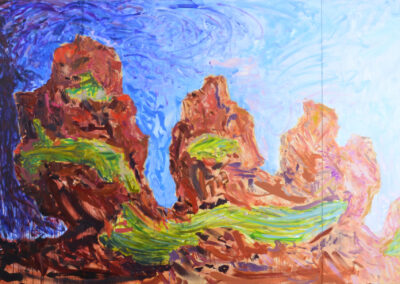 Stories of the Ego, Self, Soul 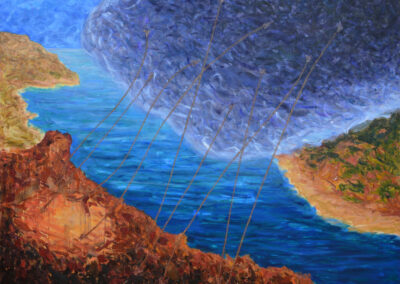 Strands That Tie Us to the Dark Clouds in Life 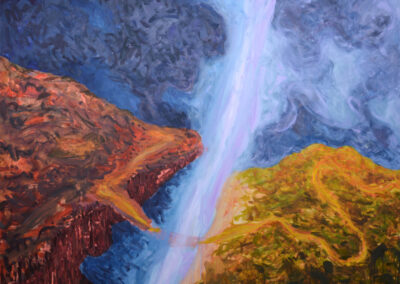 Lifeline of the Soul 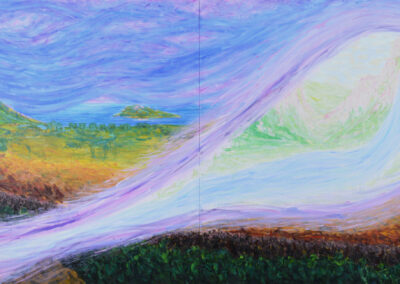 God’s Breath of Life in the Oasis of the Soul 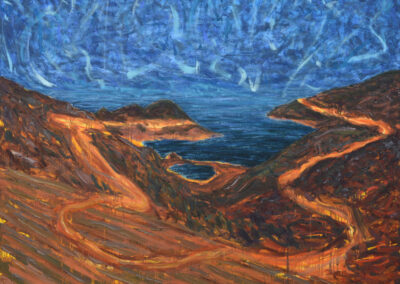 Signs of Angels Written in Light 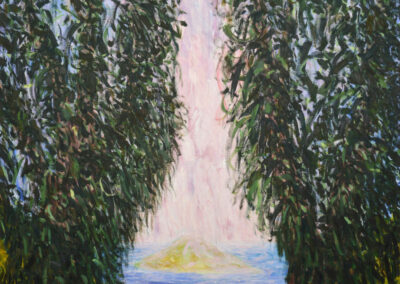 The Self Clouding the Soul 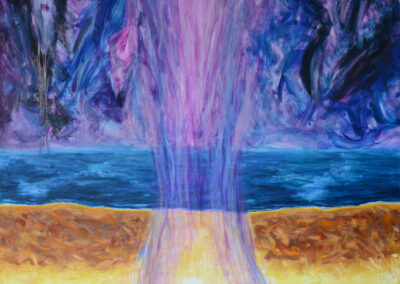 Carried by God Through Rough Times 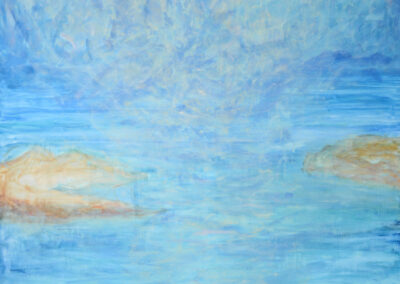 Leave it Behind, Trust, and Take a Flight into Freedom In the Darkest Times, Let the Light Shine in the Haven of Your Soul 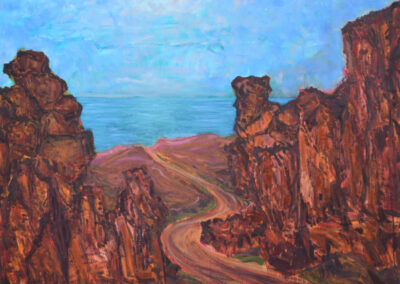 Guided by the Words of Wisdom, Written on the Walls of Life 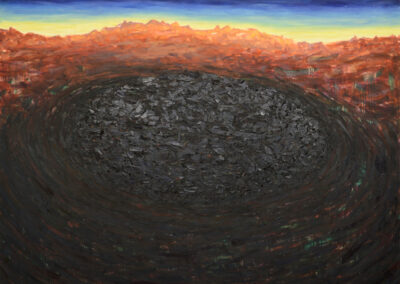 Heal My Wound With Thy Holy Soil 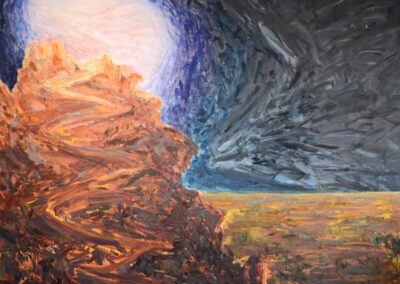 Paths of Openings or Dead Ends 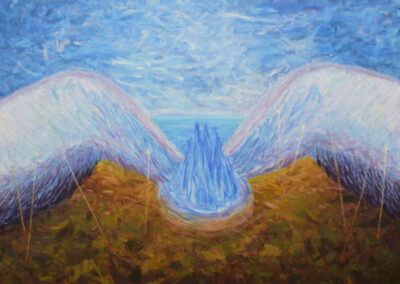 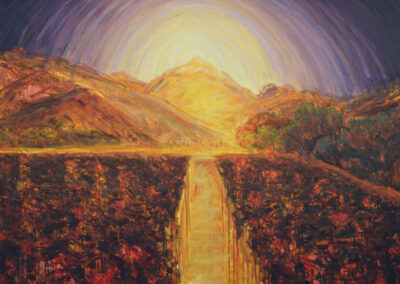 Wounded Hearts in the Field of Life 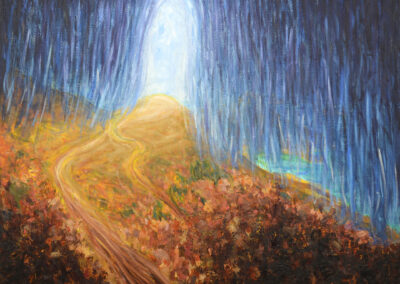 Looking Through the Veils of Life 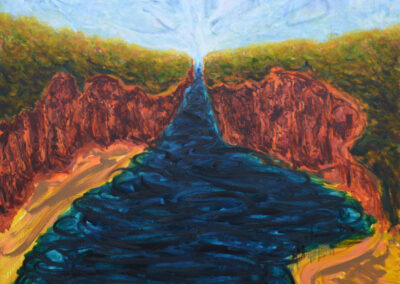 Against the Current for Inner Peace 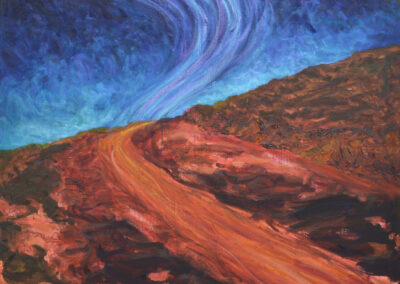 The Lonely Road of the Soul 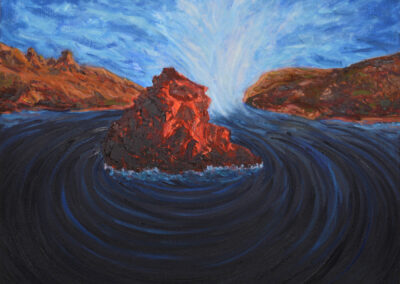 In Circles Around the Rock of Obstructions