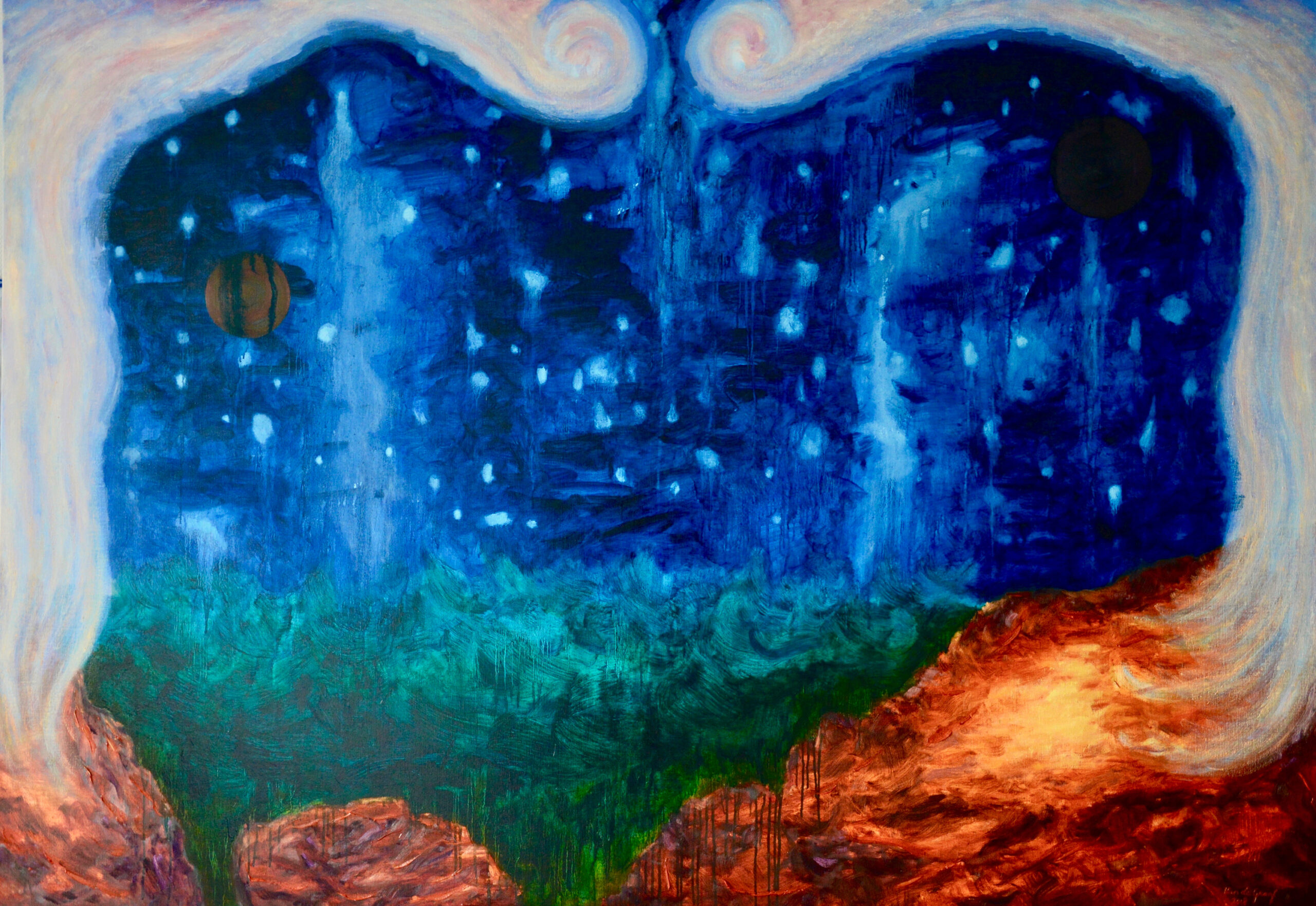 Revelation 6.12 And I beheld when he had opened the sixth seal, and, lo, there was a great earthquake; and the sun became black as sackcloth of hair, and the moon became as blood; 13 And the stars of heaven fell unto the earth, even as a fig tree casteth her untimely figs, when she is shaken of a mighty wind. 14 And the heaven departed as a scroll when it is rolled together; and every mountain and island were moved out of their places. (King James Version)