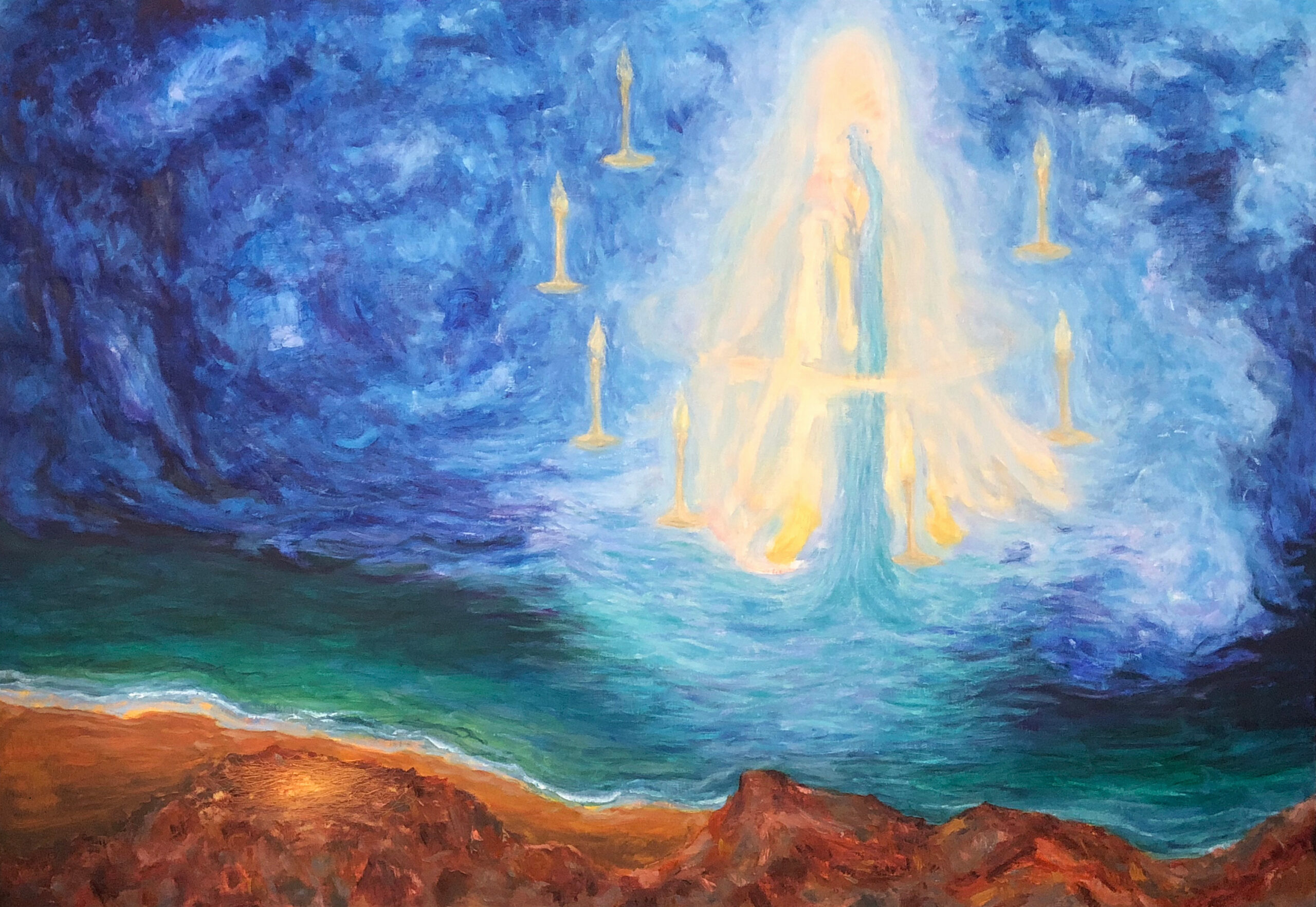 Revelation 1.12 And I turned to see the voice that spake with me. And being turned, I saw seven golden candlesticks; 13 And in the midst of the seven candlesticks one like unto the Son of man, clothed with a garment down to the foot, and girt about the paps with a golden girdle. 14 His head and his hairs were white like wool, as white as snow; and his eyes were as a flame of fire; 15 And his feet like unto fine brass, as if they burned in a furnace; and his voice as the sound of many waters. 16 And he had in his right hand seven stars: and out of his mouth went a sharp twoedged sword: and his countenance was as the sun shineth in his strength. (King James Version)