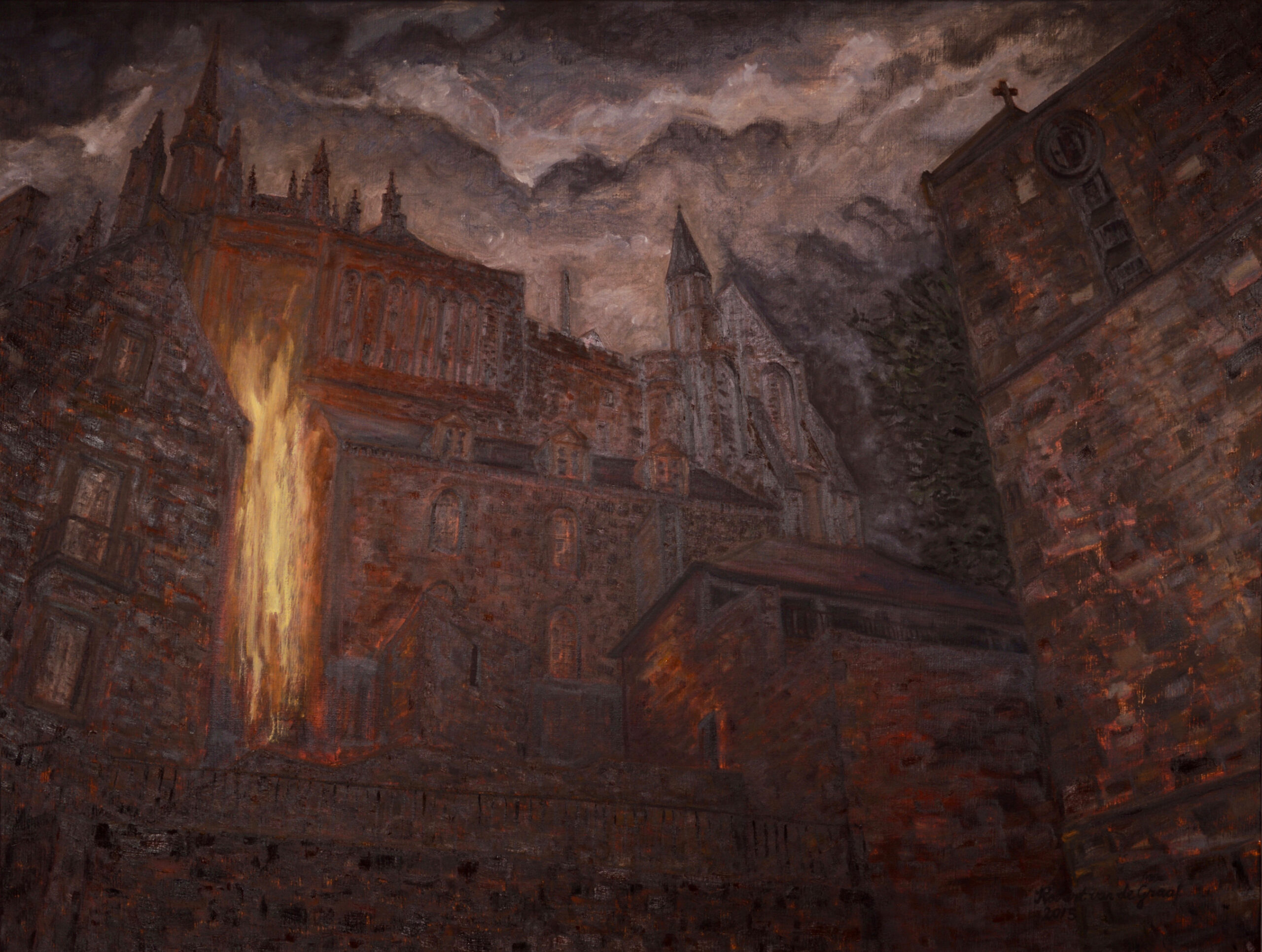 Joan of Arc heard about the island’s stand against the English, and became very inspired to help recapture France from the English. In the work Joan of Arc is celebrated and the light is referring to her presence on the island.