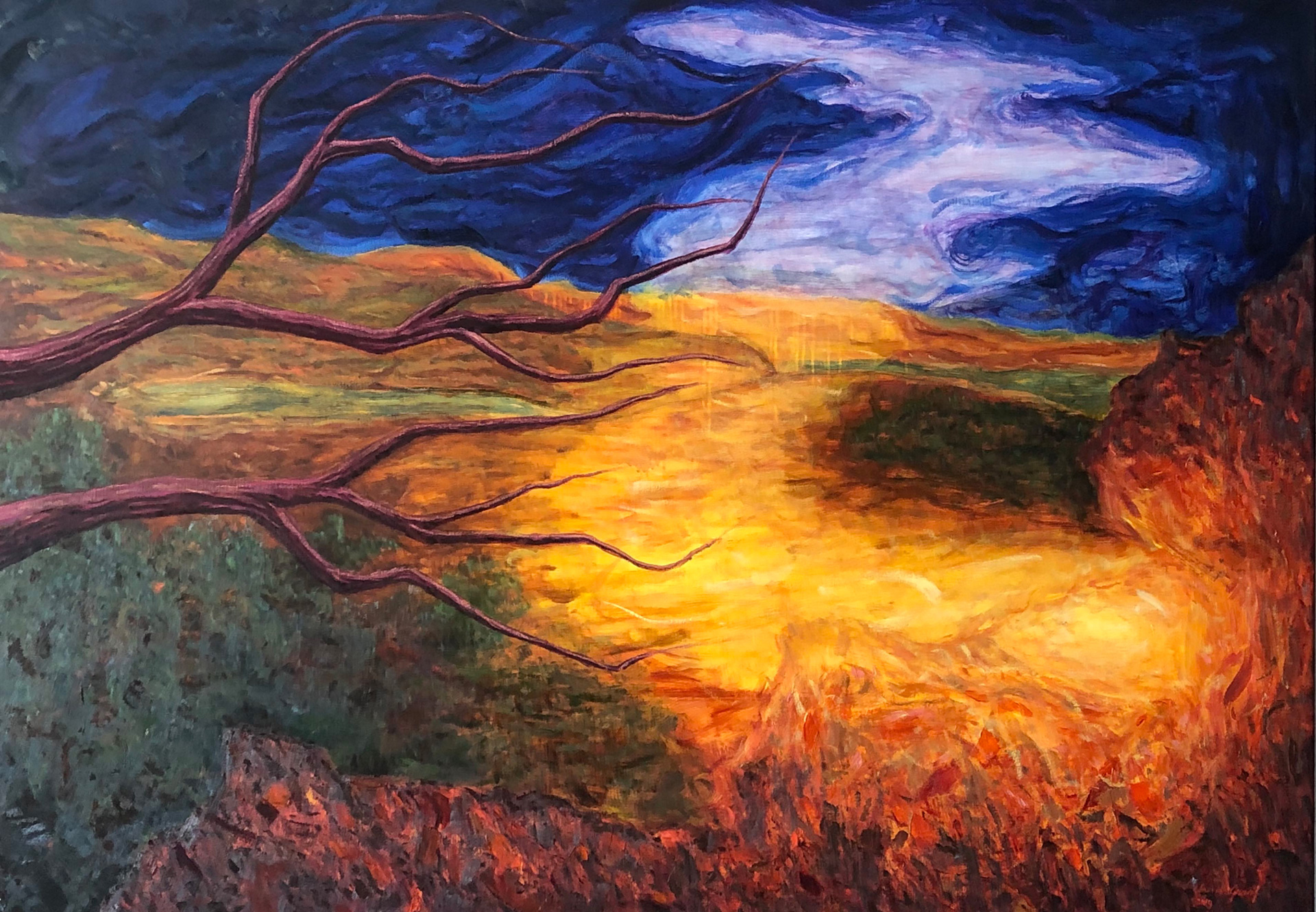 The last series in the sequence inspired by Saint John is ‘Saint John’s Cave of Light’. In September 2018 and September 2019 Robert visited the island Patmos in Greece where the Cave of Saint John is situated.
This series is inspired by the person Saint John, by his holy Cave and the (spiritual) journey of life. The artworks research how he lived in solitude in his Cave with his pupil Prochoros and could receive his visions from Heaven. Van de Graaf is particularly interested in Saint John’s connection with the spiritual world. The artworks are a modern translation on a theme which refer to the inspiration of the old masters as El Greco’s ‘The Vision of Saint John’ (1608-1614).
In some paintings Van de Graaf tried to transmit the Heavenly light which revealed herself through Saint John in a deep state of contemplation where other paintings focus more on the philosophy of life and the search for meaning in life.
His research, documentation and experience form the starting point of this series. 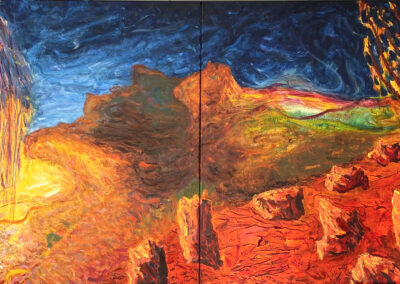 The Creation of The Revelations 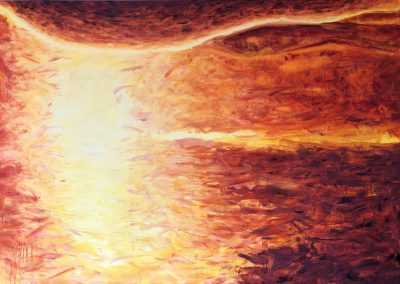 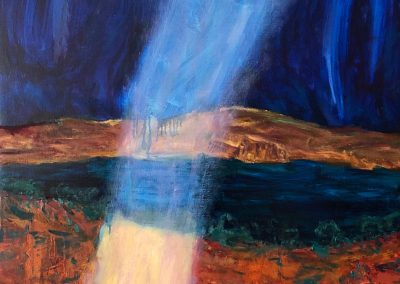 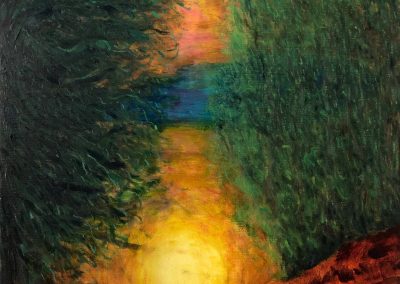 Battlefield of Life, the Only Way is Up 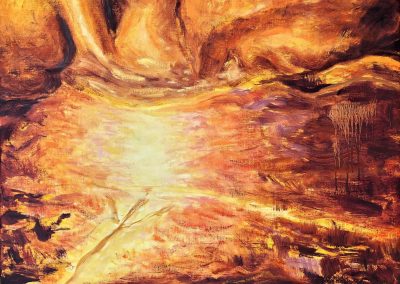 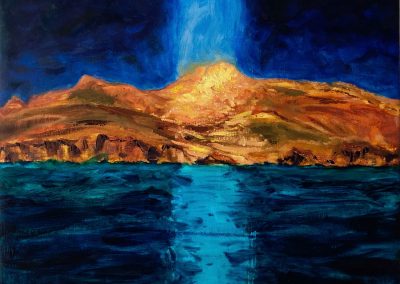 Heaven and Sea Open Up for St. John

Works on paper of ‘Saint John’s Cave of Light’ 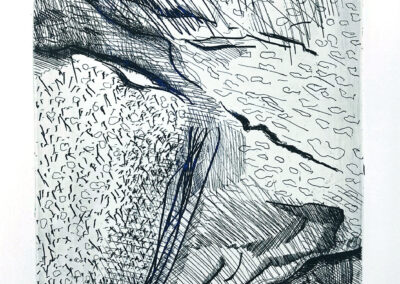 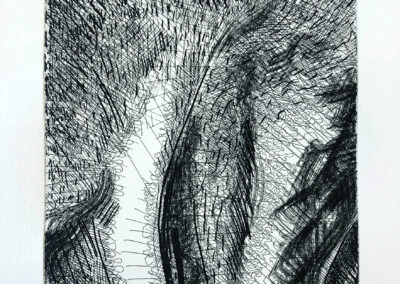 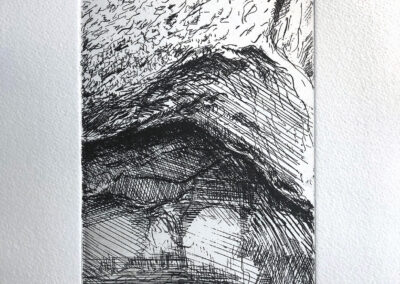