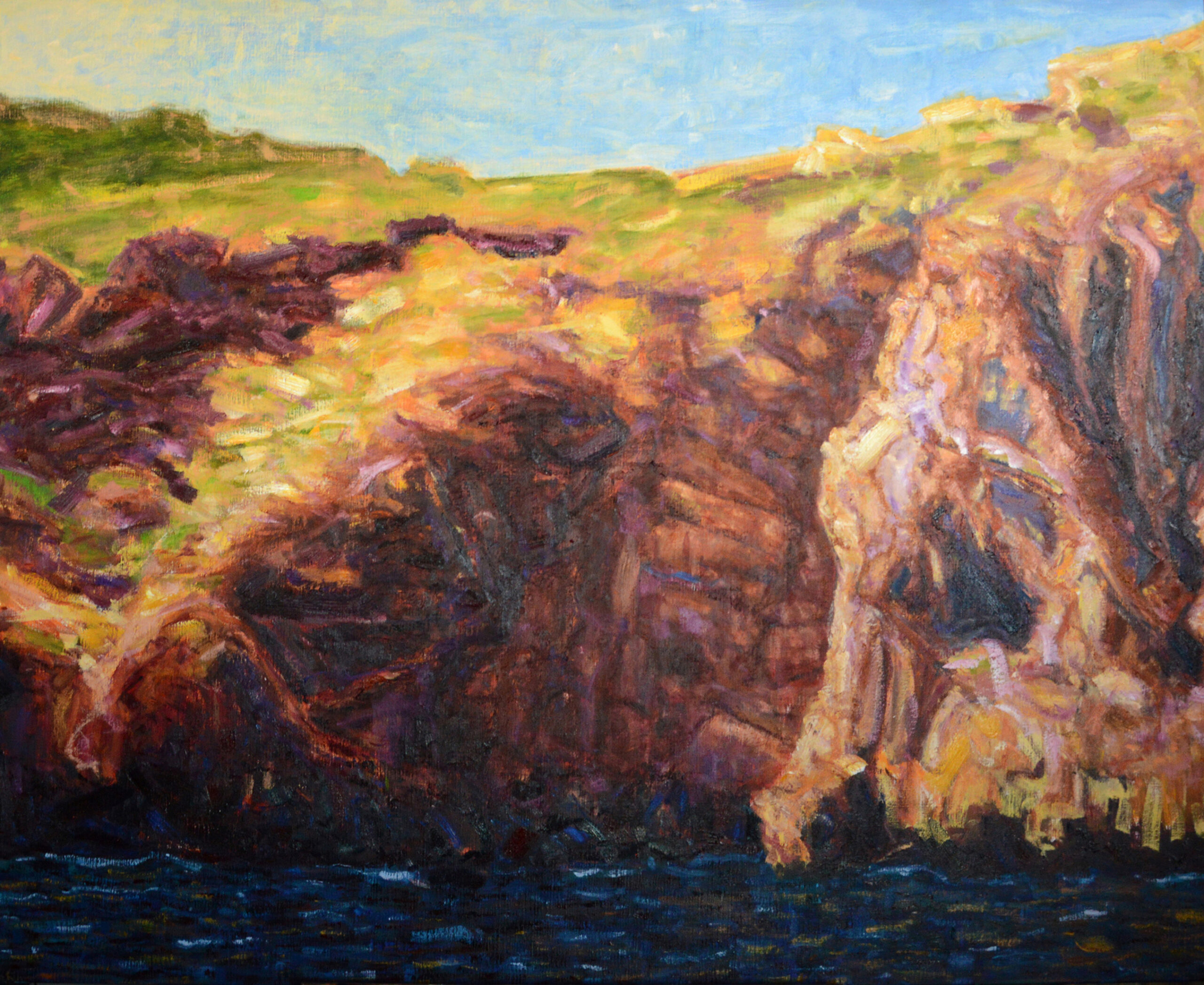 The Spirit of Isla Es Vedra

Robert became particularly interested in the legend that the island is one of the remains of Atlantis. He interprets Atlantis as a place and time in history where heaven and earth still belonged together and people lived in perfect harmony with each other. The tension between reality and fantasy (the lost world, Atlantis) converge in these paintings and are emphasised by the use of a colourful palet. During the boat trip Robert was able to really absorb the energy of the island and used this to make this body of work.

Paintings of ‘The Spirit of Isla Es Vedra’ 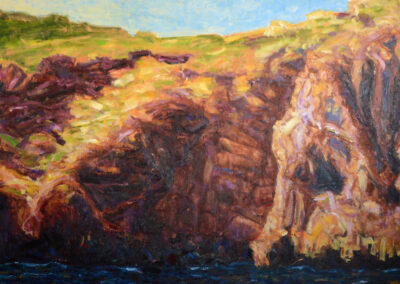 The Spirit of Es Vedra 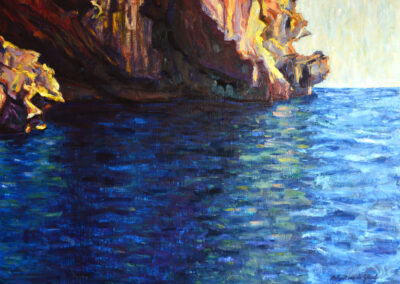 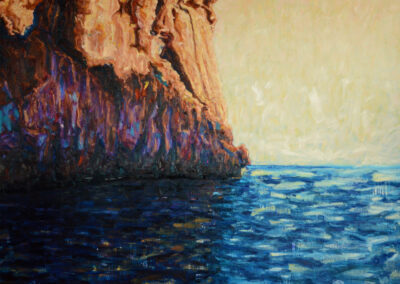 Turning Towards the Light 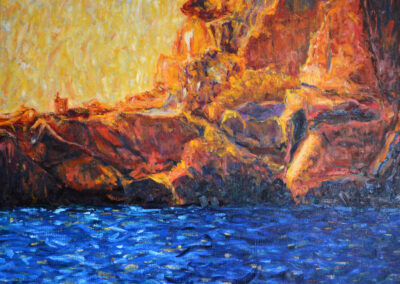 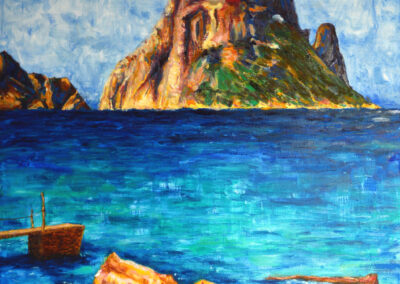 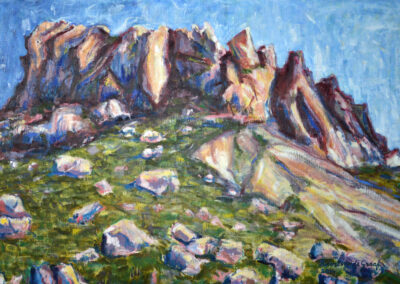 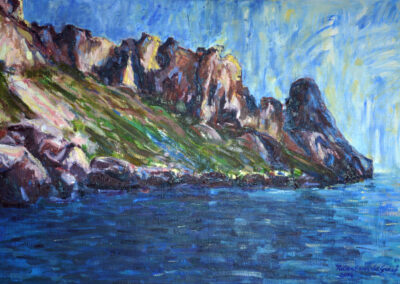 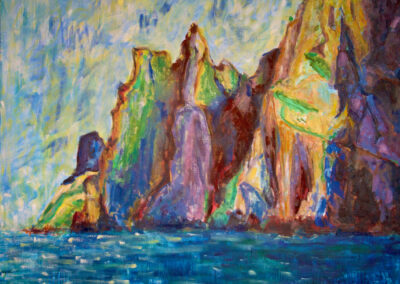 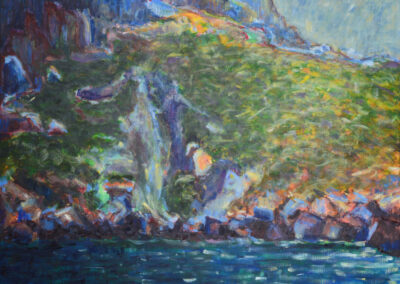 Close to the Mystic Rock 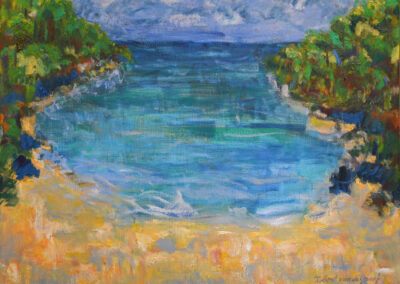 Exhibition of ‘The Spirit of Isla Es Vedra’