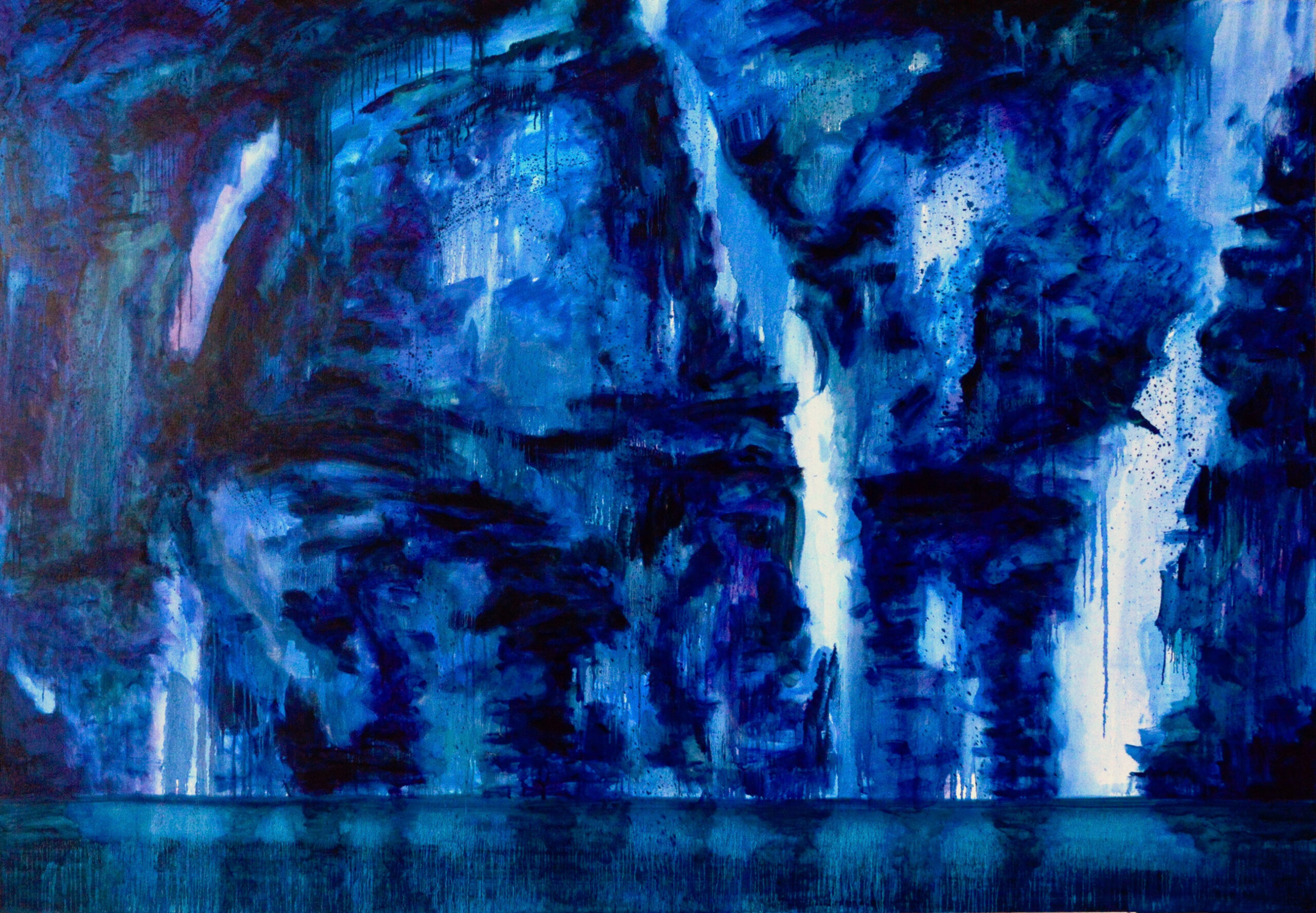 The series ‘St. John’s Heavens and Stars’ is inspired by the apostle Saint John and how he received his visions looking to the skies, the sea, the moonlight  and the stars.

The viewer is looking directly through the eyes of Saint John without an additional narrating element. Saint John is looking to the skies where clouds open up, Heavens and stars appear and take us on a journey through an abstract translation of the visions Saint John received.

Van de Graaf is always inspired by the beautiful Dutch skies where total landscapes and worlds seem to appear in the sky. He is living and working next to the sea which is an ongoing source of inspiration for him. In these paintings he is working towards a bit more abstraction for this series while keeping the recognition of a nightscape at the seaside. 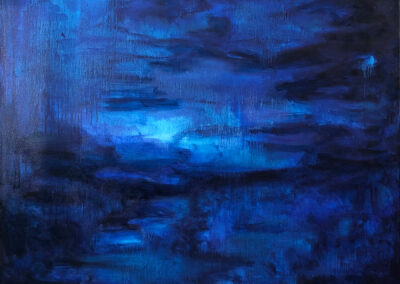 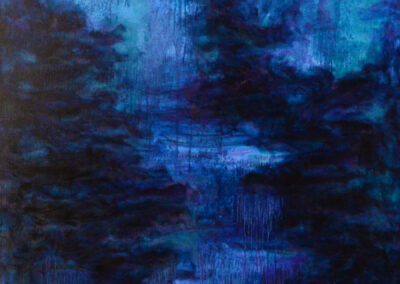 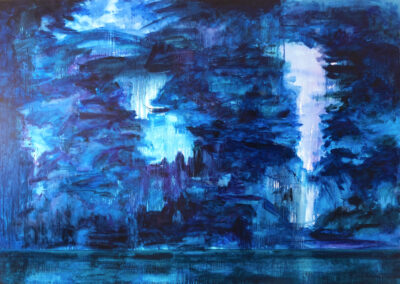 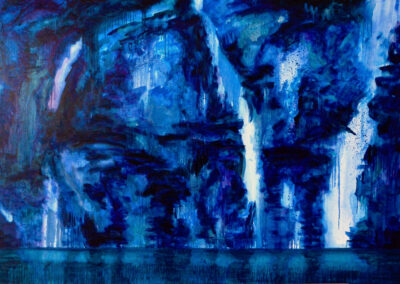 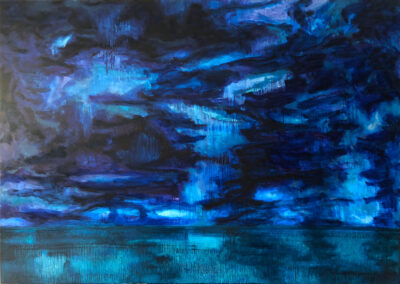 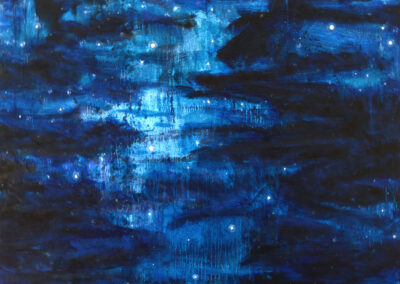 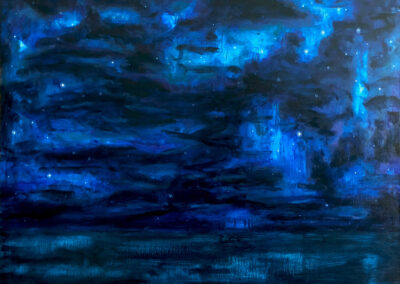 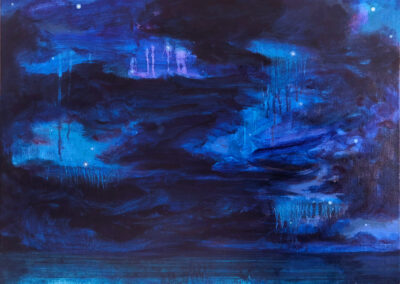 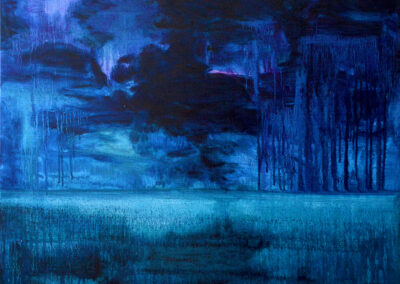